And though the weather wasn’t on side, the lads worked hard as a team to get the job done.

Retracing ancestral footsteps was Team Captain Calum Bruce, who trod the same Bannockburn earth as his namesake Robert did almost 700 years ago.

After the graft, the workers were treated to the centre’s immersive Bannockburn experience and battle simulation – with many remarking on the quality of the exhibits and knowledge of the centre staff.

“It wasn’t an easy ask with the terrible weather, but the lads stuck in and that sort of mental resilience will be vital in the season ahead.

“It’s a small gesture on our part and hopefully supports the centre in their preparations for the school and public visits next term.”

All are welcome to give rugby a go at Bannockburn RFC training. Training times are published on our Facebook page: facebook.com/bannockburnrugby

Bannockburn RFC are raising moo-lah for a new minibus with a Cow Pat competition.

The BRFC pitch will be divided into 2000 equal-sized squares numbered 1 to 2000. Before the start of the 2019/20 season, a cow will be released onto the pitch. Once nature has taken its course, £500 will be won by whoever picked the ‘lucky’ square.

To enter, and for full terms and conditions, speak to any Bannockburn player or official.

Winners will be notified immoodiately, with the prize to be picked up at our season opener.

To all club members

This is a plea for your support for the upcoming Sruighlea, Stirling’s Summer Festival event. The event is at Forthside on the 17th August 2019. We have secured a spot for the club in the activities challenge area of the festival, with the following aims:

We need volunteers to help organise the day, including any events or activities we can share, and to help out on the day itself. We will have some members from the seniors available on the day and are very keen to work in partnership with the junior section.

Anyone who may be interested in helping us, please speak to me.

Following the club’s Annual General Meeting (AGM) on Wednesday 5 June 2019, committee roles and officeholders for the 2019-2020 season have been confirmed:

Bannockburn RFC’s league fixtures for the 2019-2020 season have been announced by Scottish Rugby.

The league season kicks off on Saturday 31 August with the Burn facing a stern opening test at home against Dunfermline 2nd XV, last season’s unbeaten champions.

This season also sees away trips to Dundee, Fife and Perth, as well as a local clash against Grangemouth 2nd XV.

Bannockburn RFC will host the Calcutta Cup on Saturday 1 June as part of the club’s end-of-season festivities.

The Calcutta Cup will make the short journey along the M9 as part of celebrations marking a year of progress for the club, which include Bannockburn’s annual Captain’s XV versus President’s XV match.

Club Captain Calum Bruce will select a team to face Club President Kevin McCormack’s side in a friendly fixture, with faces old and new lining up for a shot at glory. Later in the day, a Forth Valley select side will take on visiting French team RC Digne.

Bannockburn RFC’s various age groups will be showing off their skills throughout the day. The club extends an invite to everyone in the community to enjoy a day of rugby and see the Calcutta Cup from 11:30am.

Food and refreshments will be served from the clubhouse from 12 noon, whilst Active Stirling will be on hand to provide sports and fitness fun for all ages in what is sure to be an enjoyable day for the whole family.

Scotland’s rugby team retained the Calcutta Cup this year after drawing with England in March at Twickenham. Scotland have not won at Twickenham since 1983, but retained the trophy by virtue of being current holders after the match finished in a 38-38 draw.

The Calcutta Cup is contested each year between Scotland and England’s men’s rugby sides, and was first up for grabs in 1879. England have won the trophy 70 times to Scotland’s 40.

Members, friends, future volunteers and the general public are welcome to attend.

Motions and agenda items may be forwarded to Ronnie McGown, giving at least 7 days notice: pud900@aol.com

Bannockburn Rugby Club had a campaign to remember after achieving league promotion, following a strong end to their 2018-19 season.

Promotion was confirmed after Stobswell RFC could not field a team for the final league match of the season.

The senior XV will play in the Tennent’s Caledonia Midlands 3 league from 31 August 2019, with games against familiar foes Dunfermline and Montrose – and heavy-hitters such as Grangemouth, Arbroath and Waid Academy – all ahead for the ‘Burn.

The 2018-19 season saw some memorable games including two close encounters with league-topping Dunfermline – Bannockburn running the Fifers close in both matches – and a 111-point thrashing dished out to Glenrothes back in January.

Jimmy brings a wealth of coaching and playing experience, with the senior team already experiencing the benefits.

“We’re absolutely ecstatic that our hard work on and off the pitch paid off this season. We’re raring for the season to start and can’t wait to face the challenges ahead.

“I’d like to thank Nick Cram, who stepped up as Head Coach at the start of the season. He has done a fantastic job, and it will be good to see him back in a Bannockburn jersey next season.

“Thank you to all the supporters who followed us home and away last season – I promise next year will be just as exciting!”

“It’s been an excellent season. For the third year in a row we have made progress and smashed our targets. We are already in a great position going into the next campaign with the new coaching infrastructure in place, and a good bunch of lads eager to play.

“Thanks must go to the players, coaches, committee, clubhouse staff and supporters who contributed during the season. On behalf of the club, we welcome new head coach Jimmy Samuel. Jimmy’s wealth of experience in both regiment and club rugby will be a great asset to the club and exciting times lie ahead.

“Similarly we wish former head coach Nick Cram all the best as he continues his rugby adventure by resuming his playing career into the golden years.”

“This season has been one of real growth, both personally and for the squad. As my first season as a head coach and first full season coaching adult rugby it has been a privilege to see the development and engagement from all quarters.

“I look forward to being part of the continued growth next season and have confidence that further success is ours for the taking.”

“The season past has seen the beginning of firm foundations being laid for the First XV and Bannockburn RFC as a whole. Promotion to Cali 3 provides an excellent opportunity for the senior team to build on these foundations.

“I’m really excited to coach this team towards the potential they clearly have, in a competitive and consistent league structure.”

“The committee, club members and friends of the club have been working hard to provide a foundation to allow players to succeed. This promotion is just the next step along the Bannockburn RFC journey.

“As an inclusive club we welcome everyone from primary one to retirement, players and non-players. Everyone makes a difference, so we’d love to see more folks down at the club.”

Though the league season is over, supporters and friends of the club can get their fix of the ‘Burn at the Captain v President game on Saturday 1 June 2019. The club will also host the Juniors’ End of Season Awards and Family Day on the same day – all are welcome.

The first XV Awards & Dinner Dance night takes place on Friday 3 May. Tickets can be purchased from club officials, or through our PayPal pool: https://www.paypal.com/pools/c/8cC92bBHnz

Bannockburn Rugby Club’s junior section made new friends and played some scintillating rugby at the club’s minis rugby festival this past weekend.

Two teams from Portadown RFC in County Armagh (NI) made the trip over the water to take part in the festival. They were joined by teams from Cumbernauld RFC and Falkirk RFC, playing against a combined Bannockburn and Grangemouth RFC side. 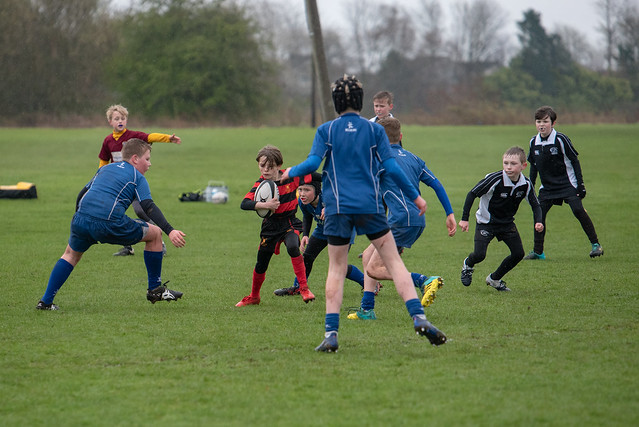 Teamwork and respect were the tune of the day, with players displaying great discipline and togetherness beyond their years – all in the spirit of the game.

The Northern Irish teams and their families also watched Glasgow Warriors defeat Ulster 30-7 at Scotstoun as part of their trip to Scotland.

“I’m so pleased with how the minis festival went. It was a big success, and great to make some new friends – here’s to future festivals.

“It’s so encouraging to see the new generations show passion and play rugby as it was meant to be played. I couldn’t be prouder.”

Bannockburn RFC extends gratitude and best wishes to all the teams who took part in April’s rugby festival. New players are always welcome at the club, regardless of experience.

Next training will be starting back on:

Next training will be starting back on

This is a perfect opportunity for past and current players to get back into the swing of things for the second half of the season. We always welcome new players, so bring a friend along to try out.